While in Lithuania we came across GYVAS baras restaurant that offers vegan foods. It first started by cooking a vegetarian diet for a few months. They later became an entirely vegan restaurant making them the first vegan restaurant in Lithuania. They offer you a large variety of foods including varieties of sweet potato, tofu, and bean.

Radharane restaurant is a Lithuanian Vegan Food restaurant that is located in Vilnius, Lithuania. It has an exciting look with a unique environment and a variety of vegan foods which go at affordable prices. Some of the most liked vegan foods offered at Radharane includes tomato-paneer and spinach-paneer which are both served with rice and salad. Vast numbers of people go crazy over their deserts and with the taste of their vegan foods I came to understand why they love them.

Mamma pizza is one of the vegan-friendly food restaurants in Kaunas, Lithuania. They have a variety of Lithuanian Vegan Foods including vegan-friendly foods, pizza, Italian dishes, and non-vegetarian foods. They have meat in their servings and numerous vegan food options. More importantly though is their three delicious vegan pizzas that are available in a variety of sizes, all of which have Violife vegan cheese.

It is one of the best Indian places to be, located in Kaunas, Lithuania. It’s one of those Indian places outside India that offers you a variety of Indian fusion foods. Of the many places I have been before serving Indian foods, Moksha stands out because of their delicious Indian meals. The food is so appealing to both Indians and non-Indians. Moksha is a vegan-friendly food restaurant that vegetarians would love to be because of their exotic vegan dishes. It is a restaurant I highly could recommend to anyone that wishes to have a taste of their vegan foods including vegan soups, salads, and stews.

During my trip to Lithuania, I managed to visit several restaurants to check out the kind of Lithuanian Vegan Foods they offer. I am pleased to say that the vegan foods they provide are fresher, raw and delicious. They also offer you several other food options which make Lithuania a beautiful place to be.

Contact Body HD Fitness today and get started with Professional Online Fitness Training and become the best you possible.

HOW TO DO A WALL SQUAT 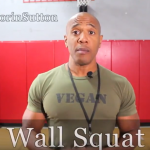 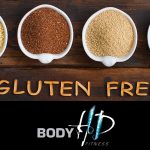