Two years ago, I was featured in a vegan documentary called Veganville on BBC1 and BBC IPlayer.

The show inspired many people to go vegan.

For old and new vegans, it inspired them to find other forms of activism than just protesting.

I showed how you could use Veganism within a health and fitness setting to promote activism in the sport of bodybuilding.

I’ve received many compliments on my take to spread the word to help people go vegan, be healthy, and consume more of a plant-based diet.

My student Sion Webb from Cardiff, UK, watched the show and realized that he wanted to improve his physique because he participates in many protests to represent animal welfare and environmental change within the world.

Within protesting and people, he has reached out too. Many people ridiculed him because of his physique.

People have told him, “why would I go vegan? You look weak. Vegans are pussies; you don’t look healthy, I pass.

He got tired of the ridicule and rejections and wanted to have the brains and the bronze to shut all the naysayers up.

He noticed in the show my conversations with people face to face were nothing but respect!

No name-calling and dropping seeds and convincing people to go vegan.

He reached out to me and told me I wanted to improve my appearance, so when I speak to people, my message can have a more significant impact! I want to help animals and the environment!

I love helping another vegan activists because they are in the front lines when it comes to Veganism.

They get all the hate even from other vegans because they believe they are too aggressive.

I told Sion, I bet people won’t talk shit if you’re in better shape and jacked!

He has more self-confidence and gets more compliments than hate when he goes out to his protest events.

I believe if you’re at the forefront of activism, your physical appearance is the first thing people are looking at and judging you before you speak.

I know it’s all about ethics, but do you think if you had the right words to say and an incredible physique to back everything up, you’d have an even more significant impact?

Your Eating Habits Affect Your Kids! 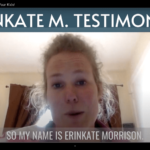 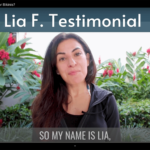 Women Over ’40s Can Wear Bikinis?
BACKED BY THE BEST