Vegan fitness is one of a kind and through the program several people have prepared for various competitions. We are going to see the testimony of how Emmy lost 20 pounds in 20 weeks:

Real Vegan Fitness Testimonial: How the completion was

It was the first time Amy was competing. She decided to do it because she wanted to create awareness on how you can do it through vegan fitness. She had been longing to participate for a very long time, and it was imperative for her to join as a vegan athlete.

It wasn’t easy to participate, but she wanted to do something that is great. She said that you need to have reasons why you want to do something and then do it with all your heart and soul.

Real Vegan Fitness Testimonial: What Does Amy do?

Amy is a Personal trainer and a group fitness instructor. She trains and teaches spin and bar. But when Amy thought of participating in the competition, she sorted a coach to help her do it safely. She wanted a person with experience doing it because there are many shortcuts and misleading information out there.

Real Vegan Fitness Testimonial: How long has she been Vegan?

Amy has been Vegan for four years now.  She celebrated her vegan anniversary in September this year.  He believes nothing is hard and it gets hard as you make it. She made vegan her lifestyle for all that long.

She also says that there is a lot of information out there about how to prepare for a competition, like what you need to do, exercising for a long time and the kind of exercises to do. Her prep has been so, and the vegan diet approach is the best, and she has not deprived herself anything.

If you have a coach who tells you that you have to starve yourself, bend hours a day, then it would be important to consider someone else.

Real Vegan Fitness Testimonial: Who is her coach?

Her coach is Korin Sutton. She inspires her because he is also a vegan bodybuilder.

She felt extremely prepared for this competition.She is 44 years old, and she competed with other women who were almost half her age. People have been complimenting of how young and good she looks and that makes her feel great. She believes in her lifestyle and healthy approach.

So many people have helped her a lot along the way including her family, coach and other coaches. In the second Bikini competition, she was able to get a pro card, and she was first in her class.

Thanks for watching and that’s my true story of a Real Vegan Fitness Testimonial.

Contact Body HD Fitness today and get started with Professional Online Fitness Training and become the best you possible.

HOW TO DO HIIT HIGH-INTENSITY INTERVAL TRAINING WITH TREADMILL 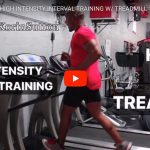 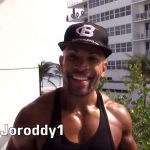 Vegan Weight Loss: 70 Pounds and Won a Bodybuilding Competition
BACKED BY THE BEST